Winlight produces the Mach–Zehnder interferometer by molecular adhesion for the MARBLL instrument, dedicated to the assessment of Martian wind and aerosol profiles 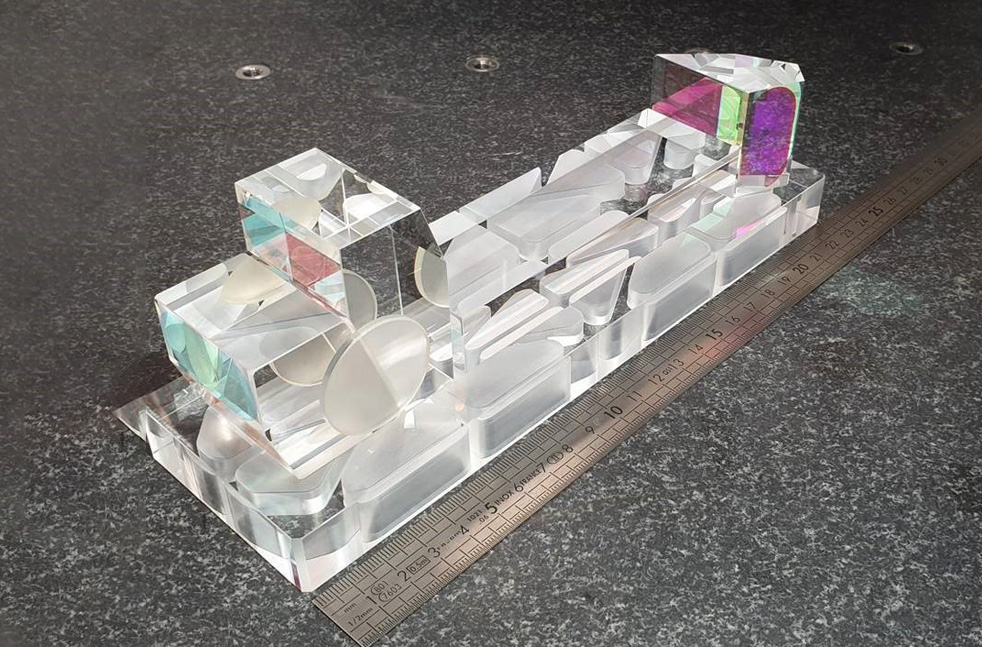 Winlight System produced and assembled a Mach-Zenhder interferometer by molecular adhesion for the LATMOS laboratory and the CNRS French National Centre for Scientific Research. This interferometer will be integrated into the MARs Boundary Layer Lidar* (MARBLL) instrument, in order to provide simultaneous wind speed and aerosol density measurements, in the atmospheric boundary layer.

MARBLL is an optical remote sensing instrument using a Doppler wind lidar technology, specially designed to operate from the surface of Mars. The instrument is composed of an emitting device (Nd:Yag laser) and a spectral analyzer (Mach-Zehnder interferometer). Developed by LATMOS (UMR8190, CNRS, UVSQ, SU) since 2008, with the continuous support of CNES (the French Space Agency), MARBLL is intended to assess simultaneous wind and aerosol profiles from a rover, orbitor or lander.  This unique Mars Lidar concept was designed following a call for ideas, and was patented by the French space agency CNES and CNRS.

Involved in the development of MARBLL’s demonstrator, Winlight System made the silica prisms and the lightened frame of the Mach-Zenhder interferometer, on which it also provided optical treatments. Winlight System then assembled the interferometer using its established expertise in molecular adhesion.

The purpose of an interferometer is to measure distances using the effect of interference. Like any Mach-Zenhder interferometer, this instrument includes two mirrors and two semi-reflective mirrors placed on prisms. A coherent light beam is first split in two parts and then recombined by a semi-reflective mirror, causing interference between them. The resulting interference pattern allows very precise measurements on the light source and on any transparent sample placed in the path of one of the two beams. Such a technology will therefore be valuable for the study of Martian wind and aerosol profiles.

This new collaboration between Winlight, LATMOS and CNES maintains continuity of the Martian exploration: indeed, those organizations have already had the opportunity to work together as part of the development and the integration of the SuperCam instrument, aboard the Perseverance rover currently operating in Mars.

We can only hope for similar success for the MARBLL demonstrator, whose performance will soon be tested in the laboratory.